An existing client called me recently to arrange an update to his Will, which I had originally drawn up for him three years ago. He gave me radically revised instructions resulting from his wife having left him some six months ago. He was adamant therefore that 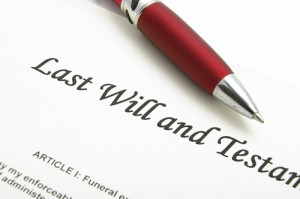 the majority of his Estate should now be given to his favourite charity, with his business being passed to his grand-daughter, as his sons had shown no interest throughout their lives in either him personally or his business. END_OF_DOCUMENT_TOKEN_TO_BE_REPLACED