Experts in Flexible Life Interest Trust Wills, based in Northamptonshire.

It is still commonplace for couples whether married, civil partners or co-habitees to make “Mirror Wills”, often (wrongly) referred to as “Joint Wills”. These are in fact, two individual Wills which give the Estate to the surviving spouse, partner or co-habitee, then go on to say that after the surviving spouse/partner/co-habitee’s death, the estate will be given to named beneficiaries e.g. children of the partnership. Thus they “mirror” one another by reflecting each other’s wishes. 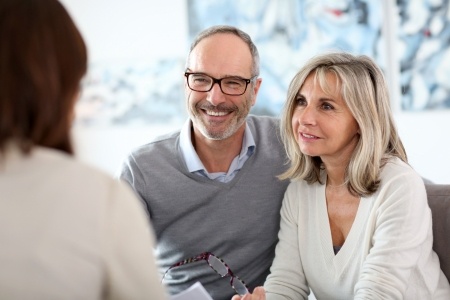 “So, what’s wrong with that?” you may ask. Well, in an “uncomplicated relationship”, if such a thing exists, with no “baggage” from previous relationships, major age differences, or very different asset values, to give all your worldly goods to someone you supposedly know and trust is absolutely fine. It’s what happens after that which can often “open a whole new can of worms”.

Following the death of the first in the relationship all the deceased’s Estate is passed to the survivor “absolutely”, that is to say, “without strings”. That survivor now owns everything he/she owned in his/her own right PLUS the assets left to him/her by the deceased spouse/partner. The survivor now owns all those assets outright and can in effect do whatever he/she pleases with them. So, if he/she now decides to change his/her Will in favour of a totally different beneficiary, the local donkey sanctuary or a band of religious fanatics, that is his/her legal prerogative. So, if he/she finds someone else to live with – whether “sugar Daddy” or “toyboy” and in a fit of wild abandon changes his/her Will in their favour, thus excluding the children from the erstwhile partnership, that too is his/her legal prerogative.

It is becoming more and more common in this day and age, to come across partnerships which are formed following previous relationships. Sometimes this will involve two groups of children – one from each side of the partnership. What each spouse/partner ideally wants to do is to give their surviving spouse/partner the benefit of their possessions without giving them ownership of those assets because they want the ownership of those to end up with their own children. This is also true of partnerships where the couple involved have brought very different levels of assets to the relationship and they wish to keep them separate to pass on to their own children after giving the benefit of them to their surviving spouse or partner.

This is where a Flexible Life Interest Trust, as dictated within a Will, is a good solution from all sorts of viewpoints. It provides that when the first person dies, his/her assets pass in to a Trust – not direct to the survivor. This Trust is defined within the Will, but is only created at the time of death. The Trustees, defined in the Will and including the surviving spouse/partner, manage the assets held in the Trust, holding them to pay the income generated by the Trust to the surviving spouse/partner, normally for the rest of his/her life. However, with a Flexible Life Interest, the Trustees have the power to re-arrange the capital and income during the life of the survivor. This gives a perfect opportunity to do additional planning given the latest laws, taxation issues and so on which may prevail at that time. This benefit to the survivor is known as a “Life Interest”.

An Expression of Wishes, written by the Testator (person writing the Will), is prepared at the same time outlining the reasoning behind setting the Will up in this way and giving preferences for how the Trustees should manage the assets, remembering that Trustees must always be allowed “discretion”.

If the surviving spouse/partner does re-marry or co-habit with someone else, because he/she only has entitlement to the interest from the Trust, the underlying capital remains safely preserved for your named beneficiaries. Plus, their new partner/spouse will not have any claim against the Trust. The Trustees also have the power to remove the entitlement to income. Thus, you have ensured that whatever your surviving spouse/partner may do following your death, your intended beneficiaries are ensured of your assets from the Trust.

If the surviving spouse/partner doesn’t re-marry or co-habit with someone else, but simply lives out the rest of his/her life and passes away in due course, the funds can either be distributed by the Trustees to the beneficiaries or kept within the Trust. The beneficiaries would be consulted as to their wishes – but if receiving a sum of money for example – would complicate an Inheritance Tax liability for a beneficiary, he/she may decide to leave it in the Trust for the benefit of his/her children.

There is also protection from third party attacks through this mechanism e.g. if the survivor needs long-term residential care. The Trust assets are not taken in to account when assessing the means to pay for care so the intended beneficiaries still receive all the capital in the Trust fund in tact.

If you or anyone you know is looking for more help and guidance regarding Flexible Life Interest Trust Wills, then give us a call for a confidential, no pressure consultation. We are able to visit you in your own home at a time that is most convenient for you.